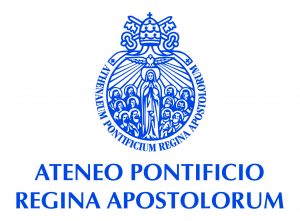 On September 3, 2004, the definitive decree canonically erecting the Athenaeum was granted. On April 23, 1999, the Congregation for Catholic Education established the Higher Institute for Religious Studies, attached to the Theology faculty, with the ability to grant Bachelors’ and Masters’ degrees in Religious Sciences.

In October of 2000, the Athenaeum transferred to its current location at Via degli Aldobrandeschi, 190. That December 31st, Card. Angelo Sodano, then Vatican Secretary of State, blessed the new Athenaeum’s facilities during the festivities for the 60th anniversary of the Legion of Christ’s founding and the closing of the Holy Year.

On May 21, 2001, the Congregation for Catholic Education approved and erected the Faculty of Bioethics, which offers the degrees of Bachelor, Master, and Doctor.

On November 13, 2002, the major seminary of Trujillo, Peru, was named affiliate of the Faculty of Theology, by decree of the Congregation for Catholic Education.

By similar decree, the same Congregation affiliated the major seminary Maria Mater Ecclesiae of Itapecerica da Serra, Brazil, to the Faculty of Theology, on October 2, 2017. 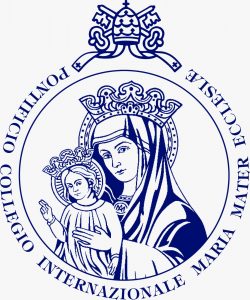 The PCIMME was born as a response to one of the Church’s most urgent needs, as St. John Paul II told the Legionaries of Christ: “I wish to encourage you to keep giving impulse to the New Evangelization through the works that you so fruitfully promote…  In particular, you have begun a promising initiative in the Maria Mater Ecclesiae Pontifical College, to help the bishops to prepare future priests who in turn can become educators in their own diocesan seminary. In this way you have responded to one of the Church’s most pressing needs, just as the last Synod of Bishops on today’s priestly formation affirmed.” (Discourse to the Legion’s General Chapter, December 18, 1992).

On March 25, 1991, the Congregation for Catholic Education erected the PCIMME. That July 15, the College began its activity in Rome, in a building adjacent to the Legion’s General Directorate. It opened with 15 students, all from Latin American countries (video 30 Years in the Service of the Church https://fb.watch/4hMPmkiKcF/).

The formation activities began with the propaedeutic course, which ran until the beginning of the academic year 1991-1992. In 1992 the College was relocated to Castel di Guido.

On May 12, 1999, John Paul II granted the College the title of “Pontifical”; Cardinal Pio Laghi, then Prefect of the Congregation for Catholic Education, delivered the news by protocol letter six days later (see Prot. 360/99).

At the end of the year 2000, it was deemed necessary to relocate, given the growth of attendance (from 15 to over 160 since opening). The College is currently housed in the former Legionary seminary in Rome.

The PCIMME is a multicultural reality, welcoming seminarians from dioceses all over the world: Africa, Asia, Latin America, Europe, and Oceania. This manifests the Catholicity of the Church at the beginning of the Third Millennium and the relation between the universal and local Churches in a globalized world (see LG 13, 23, 26, 28). Seminarians from different nations, cultures, languages and liturgical rites are united around Christ and his Vicar, the Bishop of Rome, with one faith, to prepare themselves for their future ministry.

Over one thousand PCIMME alumni have been ordained priests since its founding. A considerable part of them are dedicated to priestly formation in their own dioceses and seminaries, and seven of them to date have been called to the episcopate.

The Notre Dame of Jerusalem Center gives hospitality to pilgrims who come to the Holy Land from all over the world, especially priests, consecrated, and other members of the Church. It offers the  lodging and services necessary for a profound spiritual experience in the Holy Land.

Its goal is to provide its guests with the opportunity to visit the main holy places and get to know the rich and complex history of these lands so as to understand the challenges they face today. The Notre Dame family is dedicated to making each pilgrim’s experience unique and memorable.

The Center is found in the heart of the city, a short walk from the New Gate of the Old City and just a few minutes from the Holy Sepulcher.

Besides these important Christian landmarks, it is also near important Jewish and Muslim sites: the Western Wall, the Dome of the Rock and the Al-Aqsa Mosque. Together with the Holy Sepulcher, these places make Jerusalem the “Holy City”, so beloved to the faithful of these three religions. 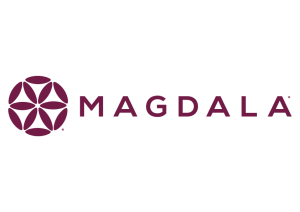 In 2005, Fr Juan Solana, L.C., director of the Holy See’s Notre Dame of Jerusalem Center, felt Christ’s call to build a retreat center in Galilee. From the outset, his idea was a place in which pilgrims could have access to comfortable lodgings and the privileged spiritual richness of the area that is the shore of the Sea of Galilee.

Nobody could have imagined what God had in store. When excavations for the foundation began in 2009, the workers discovered a 1st-century synagogue where Jesus would likely have taught. Inside the synagogue they found the so-called “Magdala stone”, one of the most important archaeological finds in Israel in the last 50 years, according to experts.

Upon further excavation, archaeologists found a complete and intact Jewish village from the same period, identified as Magdala. With only 10% of the birthplace of St. Mary Magdalene excavated so far, it already offers pilgrims the chance to visit a place where Jesus walked and taught, and to relive the experience of his first followers, prominent among whom was Mary Magdalene.

This makes Magdala a special place in the Holy Land, with a city whose inhabitants gathered in the synagogue, where they surely heard the teaching of Christ. It also houses the Duc In Altum Church, inaugurated in 2014, which offers a place of prayer, reflection, and celebration of the Eucharist.

Thanks to its unique nature, Magdala is a privileged place to actively promote positive relations between the different Christian and non-Christian communities. In the future, Magdala will be able to offer excellent accommodations and rest areas for visitors, as well as enlarging the current archeological park. 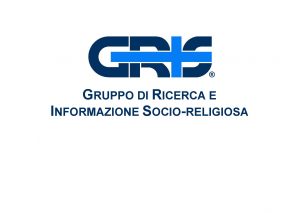 In accordance with number 299 of the Code of Canon Law, a non-profit, cultural and religious, private association of faithful was established. This group, formerly called the Group for Investigation and Information concerning the Sects, is now called the Group for Socio-Religious Investigation and Information (GRIS for its initials in Italian). Its national headquarters are in Bologna.

Its objectives are: a) the promotion of research, study and discernment, providing information and consulting on the different religions, sects, and their respective phenomenology on the cultural, religious, scientific, and social levels, b) care for the continued formation and investigation of those who teach and work in the aforementioned fields; c) analyze and promote the pastoral, cultural, educational, scientific, and social tools to promote an opportune, adequate and well-documented approach to these realities; d) respectfully provide help to those in problematic situations or suffering from activities proper to these groups or because of individuals who operate within a religious, quasi-religious, spiritualistic or magic-related structure.

To reach its goals, the GRIS: a) promotes and organizes conventions, courses, conferences and encounters; b) forms and in-forms those participating in its activities; c) assembles teams of specialists from different disciplines to address topics relevant to its mission; d) prepares and publishes texts and other resource for pastoral, cultural, educational, scientific and social activities;  e) is present in diverse media of communication and information; f) promotes and fosters cultural cooperation and exchange with groups public and private, national and international, with organizations of a similar mission in other countries, and with all those who, of whatever faith, are willing and able to collaborate in a spirit of ecumenism and dialogue, with scientifically valid methods; g) when possible, seeks dialogue with people of other religious faith or who profess particular doctrines or visions; h) opens outreach centers with access to legal, medical, and psychological consultants, priests, and other specialists; i) shows attention and a welcoming spirit to those who are seeking the truth after religious, pseudo-religious, spiritualistic or magic-related experiences; j) promotes any other activities deemed suitable for the association’s objectives.

GRIS carries out its activities in obedience to the teachings of the Pope and the Bishops, thus collaborating in the New Evangelization (see  Paul VI, Evangelii Nuntiandi; John Paul II, Redemptoris Missio) with objectivity and intellectual honesty, respecting the principle of “discernment of error and love for the errant” (see John XXIII, Pacem in Terris, 83,84,85) and the ethical and scientific principles of each discipline. 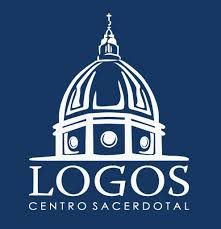 “Ayuda a la Iglesia” was an apostolate begun in Mexico in 1998. Its director was Fr Michael Grealy, LC and its goal was the organization of spiritual exercises and formation courses.

In 2000, once the apostolate had evolved and become more structured, Fr Miguel Romeo, LC (＋) became the director of what had since been renamed the Logos Pastoral Center, and five years later it would receive its current name, the Logos Priestly Center.

From then on, the Center would begin to offer video conferences in collaboration with the Anáhuac University in Mexico as well as ongoing formation conferences for priests in several dioceses, in several areas of the Archdiocese of Mexico City as well as in El Salvador and Nicaragua.

In 2003 the Center began promoting some international programs held in Roma and Jerusalem: the PCIMME (Maria Mater Ecclesiae Pontifical College) for the formation of seminarians, the International Formators’ Course, the Priestly Renewal Course in the Holy Land, and the Course on Exorcism and Prayers of Liberation.

In 2007 was the first distribution of the Sacerdos magazine, a trimestral currently available only in digital format. It is mainly intended for priests and includes publications on current theological studies, ongoing formation and pastoral ministry.

On a national level, the most important activities are week-long programs of theological studies, covering such themes as: Bioethics, Sexual Ethics, the theology of Joseph Ratzinger, Christian Anthropology, Psychology and Spirituality, Theology of the Body, Creation and Theology of Grace, Apologetics, Christian Social Teaching, Priestly Spirituality according to Evangelii Gaudium the Aparecida document, Social Doctrine of the Church, Affective/Sexual Maturity, and Pastoral work in the media.

Other activities include annual Spiritual Exercises in Amecameca, Mexico State, titular courses and workshops with the Anáhuac University, a seminar on Matrimony and Family Pastoral Work with the John Paul II Institute for Studies on Marriage and the Family; Spiritual Exercises and full-day retreats for priests and seminarians within the dioceses; courses and workshops for priests and their pastoral teams; providing specialists and specially themed courses for pastoral agents who aid parish priests;  monthly day-long formation conferences for vicariates and deaneries.

Logos’s mission is to spread a priestly spirituality of communion and to contribute to the ongoing formation of diocesan priests and the formation of seminarians with specific programs dedicated to the four basic aspects of formation: spiritual, human, intellectual, and pastoral.